The Arbitration and Conciliation (Amendment) Act, 2019 (“the 2019 Amendment”) is the latest amendment to the Indian Arbitration and Conciliation Act, 1996 (“the Act”), and has been enacted with the objective of making India a hub of international arbitration. However, the exclusion of foreigners from acting as arbitrators under Schedule 8 sets back the cause of Indian arbitration – as former United Kingdom Attorney General Lord Peter Goldsmith QC stated – by “many years, perhaps a generation.” This blog analyses the implications of excluding foreign professionals from acting as arbitrators, and its impact on Indian-seated Arbitrations.

Schedule 8 (introduced under Section 43J) stipulates qualifications and experience of an arbitrator and states that “a person shall not be qualified to be an arbitrator” unless at least one of these stipulations is fulfilled. Out of a total of nine qualifications mentioned, neither one accounts for the qualifications of foreign lawyers or professionals. The exclusion of foreign professionals is motivated by a protectionist desire to create more work for Indian lawyers and arbitrators. Ravi Shankar Prasad, the Law Minister of India, confirmed this while declaring that “India should not accept imperialism in the field of arbitration. The best would be when Indian arbitrators are sought globally.” However, according to Goldsmith, this “appears to prohibit foreign lawyers” from acting as arbitrators in India. The filtering of arbitrators by their nationality implies limited party autonomy, which hampers enforceability of arbitral awards outside India. These implications ultimately further India’s reputation as a “non-friendly” jurisdiction for arbitration.

Party Autonomy is one of the cornerstones of International Arbitration and the primary considerations behind parties’ choice of arbitration for resolution of their disputes. One of the ways in which parties exercise autonomy over the dispute resolution process is by appointing arbitrators of their choice. This choice is an important one as some disputes require expert arbitrators with specializations in certain facets of the dispute. The degree of specialization these arbitrators possess may mean that they are exclusive to a few nations. Section 11(1) of the Act accounts for this fact and allows the parties to choose arbitrators of any nationality. However, with the exclusion of foreign professionals from acting as arbitrators, parties in Indian-seated arbitrations will be limited to the skill set and abilities of Indian arbitrators, who may not always possess the technical knowledge required.

Additionally, in cases where parties do not decide to appoint an arbitrator, or in cases of a disagreement on the same, it is up to the court to appoint one. To limit court involvement in such cases, Section 11(3A) was introduced to empower the Supreme Court to designate arbitral institutions, who can also only appoint arbitrators qualified under Schedule 8. This way, Schedule 8 threatens to completely wipe out involvement of foreign arbitrators in Indian-seated arbitrations.

The limitation on party autonomy means the arbitrator(s) will necessarily have the same nationality as one of the parties, which might introduce an inherent bias. It is pertinent to note that even though neutral nationality is no guarantee of impartiality or independence, it is important as a generally followed practice. Evidence of this can also be found in Section 11(9) of the Act, under which the appointing authority – in the case of appointment of sole or third arbitrator in an international commercial arbitration – “may appoint an arbitrator of a nationality other than the nationalities of the parties, where the parties belong to different nationalities”. Additionally, most of the leading domestic arbitral institutions like the Mumbai Centre for International Arbitration (Rule 7.4), the Delhi International Arbitration Centre (Rule 8), and the International Centre for Alternative Dispute Resolution (Rule 5(c)(iii)) also include similar provisions that mandate neutral nationality of arbitrators. In Bar Council of India v. A.K. Balaji and others, the Supreme Court of India held that it may be possible for a foreign lawyer to conduct an arbitration in India if such arbitration “is governed by the rules of an institution”. By practically making neutral nationality impossible, the qualifications for accreditation of arbitrators stipulated by Schedule 8 directly militate against the rules of the leading regional arbitral institutions and Section 11(9). This conflict will become a source of unnecessary litigation stemming from arbitrations – which is exactly what the schedule was introduced to avoid. Consequently, it will significantly influence the parties’ choice for the seat of arbitration.

While the Law Minister claims that “India is ready to be a leading centre for International Arbitration”, the latest amendment takes an approach that existing leaders, like Singapore, avoid. The Singapore International Arbitration Centre (SIAC) – the only local arbitration centre in Singapore – maintains an expert Panel of over 100 Accredited Arbitrators from over 25 jurisdictions from which most appointments are made for arbitrations administered by it. While SIAC has its own rules which the parties usually adopt in their agreements, it also administers arbitrations under any other rules agreed to by the parties. It is this autonomy afforded to the parties which make Singapore one of the most attractive seats to international parties.

International Commercial Arbitration in India usually consists of a foreign party and an Indian party. The exclusion of foreign arbitrators will give rise to doubts over the impartiality and independence of the arbitral proceedings. Foreign parties may argue of an inherent bias rooted in nationality, which could mean routine challenges to arbitral awards granted by Indian tribunals.  In such a case, Indian parties will also be at an inherent disadvantage, as it would be less feasible to argue that an Indian arbitrator was biased against them. This would make the enforcement of awards significantly harder, especially for Indian parties looking to enforce foreign awards.

Parties look to avoid unnecessary litigation during arbitral proceedings and the awards granted by Indian tribunals – due to the scope for a viable legal challenge to it – might routinely lead to the same. This would make the whole process of arbitration tiresome, inefficient and expensive. Hence, parties would actively look to avoid opting for India as a seat for arbitration to save their time and money.

The importance of enforceability of awards is further highlighted by leading seats for arbitration, like London, who have cemented their position on the basis of rare challenges to the awards granted by their tribunals. The London Court of International Arbitration (LCIA), had only six awards granted in 2017 challenged, and three of them were rejected before the Casework Report was published. The neutrality and impartiality of arbitral proceedings is the reason behind such low rates of challenges. To become a leading seat for arbitration, India needs to emulate these characteristics, which cannot be achieved by restricting parties to Indian arbitrators.

Further decline in using India as a seat of arbitration would mean even less work for Indian arbitrators, for whom this amendment aimed to create more work by excluding their foreign competitors. In contrast, the UK, where foreign professionals are allowed to arbitrate freely, thrives as a jurisdiction for international arbitration. The London Court of International Arbitration’s (LCIA) 2017 Casework Report suggests that 80% of the parties are from outside the UK, and 31% of the claims are over $20 million in value. Another leading seat benefiting from allowing foreign professionals to act as arbitrators is Singapore. The SIAC arbitrated 479 new cases in 2019 alone, and the total sum dispute it handled was $8.09 billion.

While the amendment is focused on making India a leading seat for arbitration, the protectionist approach taken to do so will have the opposite effect. It is ironic that while the Law Minister claims India is ready to rub shoulders with leading centres for International Arbitration, many international practitioners predict the volume of international arbitrations in India to fall dramatically due to the 2019 Amendment. The exclusion of foreign professionals from acting as arbitrators is a move that might do more harm than good. It is probably in cognizance of this, that the Eighth Schedule has not yet been notified. One can only hope for lenient interpretation of the 8th Schedule and swift amendments to mitigate the damage. 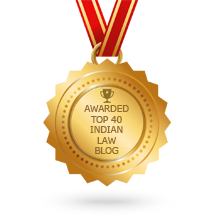